Rosh’s Path from Acrobatics to Fitness

Roshan, a life-long mover, holds a BA in Psychology and a BEd in Primary Studies. He grew up competing in gymnastics and trampoline in Canada then went on to spend four years working as a professional acrobat with Cirque Du Soleil in Las Vegas. Throughout his years as an athlete he became an accredited coach in gymnastics as well as trampoline, thereby starting his coaching career and eye for movement. He is an avid student and, as a Move Daily team member, is dedicated to ongoing education to better serve clients achieve a higher level of strength, mobility, and function necessary for their lives.

How did you get into Gymnastics?

The recreational groups in gymnastics are held 1-2X/week and are largely about playing around. Some kids show an aptitude for strength, risk taking, spacial awareness, flexibility, or otherwise and if they do they’ll often get tested to move on to pre-competitive. So at 6yrs old it’s a lot of learning how to be disciplined, stand in a line, hold the bar, hit a handstand. Looking back, a lot of it could be distilled down to 3-4hours a week spent swinging on rings or high bar for 10 sets of 10 which goes on until you’re 18 or 19. It takes that long to instill the skills and some take a ton of strength and flexibility that you simply don’t have until you’re 12 but even then, you’re growing so you need to adjust to that throughout the years. Competitive starts within that time period at easier levels initially and then progresses as your physical capacity does.

What led you to stop?

I stopped at 18 from what was diagnosed as a stress fracture of L5 and herniated disc. At 14 there were days that I couldn’t walk to school with friends because of how bad the back and leg pain was. I was getting chiro treatments but often couldn’t sit on the subway to go to school or would get stuck halfway through a stride and couldn’t move.

A fall on ice skates (while on a date) was a final straw event and I took a year off of training after that. At 19, I made my way back to training and started with trampoline then ultimately began competing in that while at University. If my back hurt, I didn’t train and if it didn’t hurt, I did; that was pretty much my only rule of thumb. I left it again when I went to teachers college in Burlington though and fell back out of shape.

From competitive to professional athlete

What got you into acrobatics from gymnastics?

I more or less fell into it at around 21 years old: Halfway through teacher’s college I found out that Cirque was coming through Burlington for auditions. I was super out of shape at the time having not been training much while at school.

With the motivation of the auditions, I used a lot of workouts from the movie 300 that were very popular at the time which included a lot of high volume in a combination of loaded and bodyweight exercises. I even did stupid things like a 95# Kettlebell Get Up without knowing how to do a Get Up.

Likewise, I was super strict on my diet without knowing anything about nutrition and just using the metric of weight loss as a sign of success (1000-1200 calories a day of things like eggs, tuna, and chicken with some yogurt will do that).  I continued with this strict diet and workout regime- with the addition of trampoline training- for 6 months leading up to the auditions.

Right before the auditions, a friend working for Cirque in Vegas called up and said that someone had left his show. This gave me the opportunity to send in an audition tape specifically for that show which meant filming a ton of tricks at 10pm, burning a CD, FedEx’ing it to Vegas, and having my friend show it to his coach. A week later, I went off to Montreal for two weeks to then continue on to Vegas. If I hadn’t already been prepping for the auditions in town, I never would have been ready when that call came in.

How has your back been since then?
A year into Vegas my back acted up again – diagnosed as herniations at L4/L5/S1- and was treated with two cortisone epidural shots and two weeks off. Since then, it has only acted up a couple of times one of which was due to a grade 1 spondylolisthesis and the second was from facet joint issues.

What were some of the Peak moments for you as a paid athlete vs a competitive one?

Overcoming fear. Two specific tracks that come to mind: One required jumping from one trampoline to fly across an unpadded stage and kick off the top of a 12’ phone booth to land on the opposite side trampoline then climb up a fiberglass wall. The same week that my grandparents were coming to watch the show, I was practicing the run in training and missed the proper kick at the phone booth, flew with full momentum to the wall, gouged my shin, then smashed my body off of it as well. Not only did it scare the cr*p out of me but it also took a year to overcome the fear to be able to retrain and then successfully perform that trick on stage.

The other one was a centre rope slide which starts the show off: There are five ropes on stage that run 65’ high and drop 18’ below stage level which is where the climbers start. For the bottom 18’ you have to just use your arms. Once you’re visible, you can put your feet on but then need to progress as slowly and deliberately as possible to the top. At the top, you invert, hook the rope with your feet, let go with your arms, then slide head first into the basement by releasing tension with your legs.

You’re constantly falling, failing, and getting back up as you learn and overcoming fear is something you have to be willing to keep working on.

What was a low moment?

My crevasse moment was realizing that I was not a special snowflake and there are a lot of other athletes who can do what I can do. As a professional athlete, you also realize you are mostly a business asset.

Moving into the Health & Fitness Industry

Do you find that overcoming fear is something you have to address with your clients?

All the time. Coming from gymnastics and acrobatics, fear is associated with something that can cause serious physical harm and worse. In the health and fitness industry, fear can be associated very differently; sometimes it is of a movement or body stimulus but quite often it is also a fear of taking a step into the gym, of trying something new, of pursuing health at all. It is more personal, emotional, mental and physical than just a direct fear of falling or harming oneself. Just the perception of risk between acrobatics vs general population is very different and it’s all relative to what we’ve experienced.

What are the most notable differences in the fitness world that you weren’t aware of or ready for?

What has kept you in the industry?

The environment and the people. Sitting at a desk has never resonated as something that I wanted or would be ok with as a career. I wanted to be either coaching or teaching and being in a gym is a really familiar and great environment for me. Seeing clients succeed keeps me going and the way we work at Move Daily means we get to work with clients on all the small changes on the path to success that are inclusive of lifestyle and not hyper-focused on weight changes. If someone wasn’t able to coordinate a movement, sustain a position, or be pain free, it’s incredible to see them succeed. Those wins keep us going and for me it’s not about a giant athletic trick, it’s the fact we can help someone not be in pain anymore or help another person gain confidence and independence in movement.

What is the biggest thing you think is missing from the health & fitness industry as a whole?

Regulation and recognition. We have doctors, chiropractors, osteopaths, RMTs, etc all of which are recognized as valuable components of our health care system. People sooner associate a physio or physician with pain management even though movement is our expertise and we’re staying firmly within our scope while knowing we know way more than a doctor does about exercise prescription and many physiost! It would be better if we could all work together, all within our scopes, and better support clients.

As trainers and coaches we see a client more often than any of those individuals and for longer periods of time. Our many “hats” include helping them manage food, lifestyle, pain, exercise, stressors, sleep, and habits but because of the Arnold era, we are still cast as “bros”. The advent of social media has largely pushed that notion further with the idea that anyone who looks a certain way can be considered qualified enough. The lack of schooling in our profession does need to be reconciled for it to be respected.

Rosh has been my trainer for over five years and it’s no exaggeration to say that my overall health is exponentially better for our sessions together. An excellent teacher and a natural motivator, Rosh tailors my workouts to leave me stronger, fitter, and more agile, and it is testament to his professionalism, coaching, and infectious enthusiasm that my hours with him are some of the best of my week.
Rosh is incredibly knowledgeable and I have complete trust that he will devise a results-oriented and enjoyable workout that meets my individual needs at that time. I so appreciate having him in my corner.

Move Daily is a Health Coaching provider. For more details, or to set up a personalized movement consultation, you can reach out to us here. 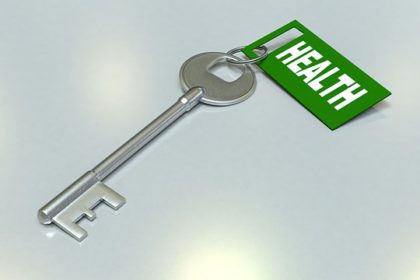 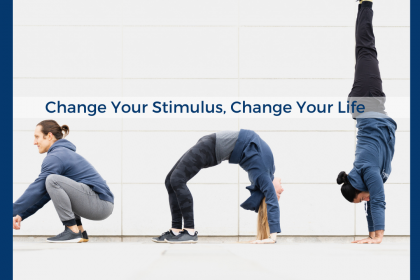 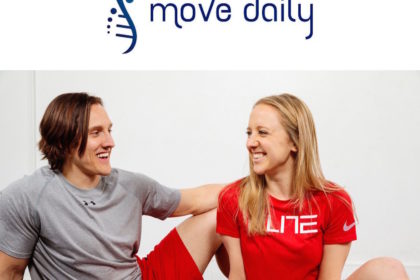 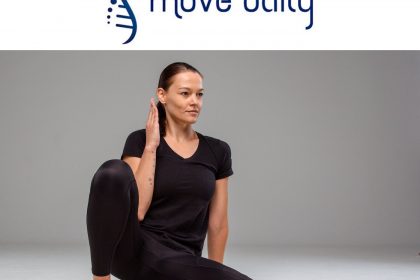 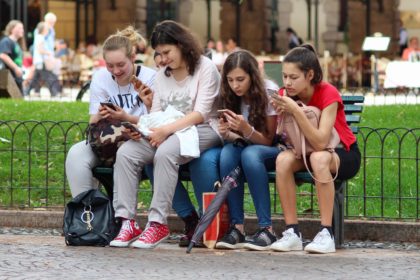 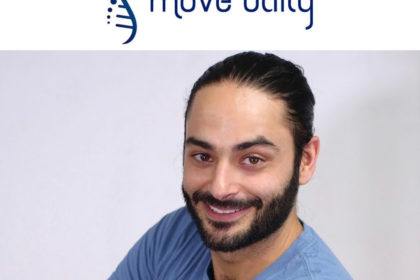 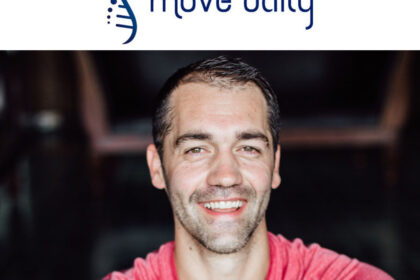 Is #creatine safe and effective? Clip from the un

We’ve always thought that aging, the process of

Another unpublished FAQ from the archives- should

Food for thought: Maybe it isn’t best to take he

Last month to sign up for #animalflow classes with

JULY is somehow here. And so are #animalflow clas